Retro Review Shows How Much The Chevrolet Blazer Has Changed: Video

When GM announced it would bring back the Chevrolet Blazer, many off-road fans rejoiced that the automaker would manufacture a genuine offroad vehicle that is a true rival to the Jeep Wrangler, Toyota 4Runner, and upcoming Ford Bronco.

What we got instead was a crossover that shares its underpinnings with the GMC Acadia, has Camaro-inspired styling, and doesn’t belong on anything off the beaten path.

Full-sized trucks with removable roofs can quickly be loved like a member of the family. Whether you’re a Blazer, Bronco, or even a Ramcharger fan, there’s always an extra seat at the table.

But the Chevrolet Blazer wasn’t always a pretty face with a rugged name. There was a time when the Blazer was an actual truck that used a body-on-frame construction and was powered by a good-old stompin’ V8 fitted with a “bulletproof” 4×4 system. The Blazer was the Ford Bronco rival. In fact, the Blazer K5 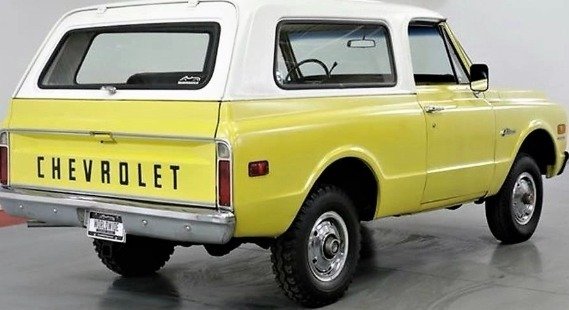 was pretty much pickup truck with a cab over the bed.

In this retro review, John Davis from Motorweek walks around the boxy, truck-based K9 Chevrolet Blazer from 1989. Extra points for his jacket!

While the new 2019 Chevrolet Blazer rides on the GM C1 front-wheel drive architecture, with its engine sitting in a transverse configuration, the 1989 Chevrolet Blazer had a longitudinal setup that sent power to the rear wheels first.

The new Chevrolet Silverado 1500, available in Richmond, exceeds all your expectations of a pickup truck with power as well as efficiency. Its 4-wheel disc brake makes sure that, no matter what you drive through, the vehicle will stop the moment you hit the brakes.

Interestingly enough, the enormous 5.7-liter V8 engine only developed 210 horsepower and 300 pound-feet of torque. By 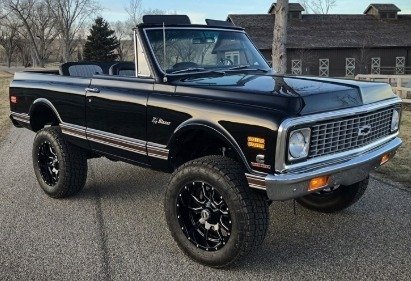 comparison, the current Blazer’s base engine, the naturally aspirated 2.5L LCV I4 makes 193 horsepower, 17 less than the 5.7L V8, while the optional 3.6L LGX V6 churns out 270 pound-feet of torque. What’s more, while

After the Blazer K5 was discontinued, it became the Chevrolet Tahoe, leaving the Blazer name for a smaller body-on-frame SUV, which is what the market demanded. And now, the Blazer has become a crossover, which also follows market demand. My how the times have changed.

Retro Review Shows How Much The Chevrolet Blazer Has Changed: Video

When GM announced it would bring back the Chevrolet Blazer, many offroad fans rejoiced that the automaker would manufacture a genuine offroad vehicle that is a true rival to the Jeep Wrangler, Toyota 4Runner, and upcoming Ford Bronco.